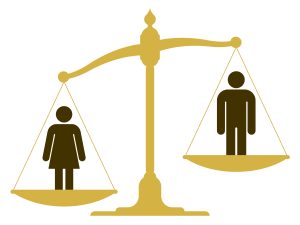 As a matter of fact, women face more challenges in comparison with men at workplace. Even if equality among sexes has been established and is generally accepted in the most European countries, researches prove that women are more apt to manipulation by employers than men. To be more specific, a research carried by Karen Lyness and Madeline Heilman and was published at Journal of Applied Psychology, reveals that women face more obstacles than men when they assert promotions at businesses. They need better evaluations in order to claim their transition to an upper position and that means that the criteria of their promotion are more severe. This phenomenon is common among upper – level female managers when they compete with male managers for a promotion.

Besides this fact, there is another idea that proves that discrimination against women has not been eliminated during our century. Especially, women are often excluded from jobs that are male dominated. As we can see in our country, positions in military service or Air Force are mainly taken by men, even if there are women with the same qualifications. We have heard so many times among Greek people that “women are sensitive so they are unable for such positions” or that “women lack leadership skills so they can’t be occupied in these fields”. But haven’t you ever met female leaders? Or, if you are sensitive you are not qualified? For sure, I am under the impression that these are social norms.

In addition , women face another challenge: the combination of work and motherhood. Many women work during this special period of pregnancy but they don’t relish the benefits they should. Sometimes, their schedule is not as flexible as it should be during this time of their life. Moreover, they may not receive an increased salary as it is established from legislation. Another difficulty for new mothers is when they decide to come back to work after pregnancy. Usually, their positions are occupied from people who were hired as seasonal, but they tend to be permanent. So, new mothers have to look for a new job with all the difficulties that this situation means. So, with all these hurdles, women are far from enjoying motherhood!

Last but not least, a matter that concerns women and is really disheartening is manipulation by employers. Physical or/and verbal violence, molestation, sexual abuse or even vulgar comments for their clothes or generally their dressing code on a daily basis are some examples of manipulation. More and more women claim that they experience some kind of misbehavior during their working life but the majority of them don’t speak about it! They are often afraid so they don’t accuse the situation and they become victims of their employers’ attitude. However, women have voice! And I strongly believe that in such situations they should erase it. Violence against our sex is not a kind of swagger, as many people think. It’s a wound for our society and everyone who experiences or witnesses this condition must not turn a blind eye to it.

To conclude with, discrimination against women at workplace is unforgivable during the era and the circumstances under which we live. Women contribute to our society in the same degree with men, so they should be treated in the same way. We don’t assert to be behaved as superior to men. We claim fair conditions of life and working. We demand and we deserve equality!

A community for writers & readers